What influence will the United States have on the public policy choices available to federal and provincial governments in Canada regarding autonomous and connected vehicles? That issue was not explored in any depth in the Canadian Senate’s important report on automated and connected vehicles (released January 29, 2018).  True, one of the Senate’s 16 recommendations focused on international cooperation with the United States. However, this recommendation was focused on making sure that vehicles “worked” in both countries from a technical perspective. However, this is simply table-stakes. International trade with the United States may be a critical factor in demarcating what practical option are available to Canadian regulators in important areas such as privacy and cybersecurity.

There were an estimated 263 million registered passenger vehicles in the United States in 2015. By comparison, Statistics Canada tells us that there were 24 million registered road motor vehicles in Canada in 2106. The total number of vehicles in Canada follows the general rule when comparing Canada and the United States. We have 1/10 the population. So, it won’t be surprising that we have very roughly 1/10 the number of passenger vehicles on the road. 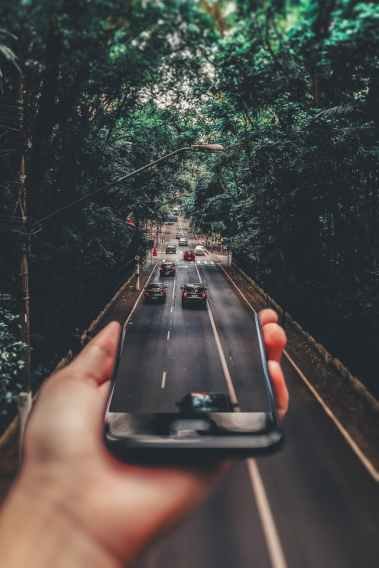 The size of the Canadian market compared to that of the United States is an important context for determining design priorities for auto manufacturers. Another related factor is the speed with which the U.S. has moved in developing a regulatory environment. The U.S. Department of Transportation has already developed a voluntary code of safety design elements. It has also issued cybersecurity best practices.  The Senate noted that 21 U.S. States and Washington D.C. have enacted automated vehicle legislation. Federal U.S. legislation is likely inevitable. Although the U.S. Department of Transportation has not taken a prescriptive approach to safety design elements, it is likely only a matter of time before it does so. Once the technology matures, the U.S. regulatory approach is to be much more prescriptive than its Canadian counterparts. As between designing for a prescriptive standard and designing for a “principled-based” standard, the prescriptive standard wins.

The Senators clearly recognized the importance of cooperation with the United States. Recommendation 3 was for Transport Canada to strengthen its work on automated and connected vehicles with the United States through the Regulatory Cooperation Council “to ensure that these vehicle will work seamlessly in both countries.” However, there are many other areas in which cooperation might be required, in order to achieve public policy goals. For example, five of the Senate’s 16 recommendations related to privacy and cybersecurity

Recommendation 8: Strengthen the powers of the Office of the Privacy Commissioner of Canada to proactively and enforce industry compliance with the Personal Information Protection and Electronic Documents Act.

Recommendation 9: The Government of Canada to continue to assess the need for privacy regulations specific to the connected Car.

Recommendation 10: Transport Canada to bring together stakeholders to develop a connected car framework, with privacy protection as one of its key drivers.

Apart from Recommendation 8, the question is whether deep “privacy-by-design” and “security-by-design” features can be embedded in automated and connected vehicles without close cooperation between Canada and the United States. This spans more than transportation regulatory authorities. It requires cooperation from multiple regulators — who have responsibilities for privacy – the Federal Trade Commissioner, U.S. State Attorneys General, Canadian federal and provincial Privacy Commissioners, and many others.

Read the Senate Report: Driving Change: Technology and the future of the automated vehicle.

Like Loading...
‹ Canada and the Right to be Forgotten
Using the Criminal Code to Require News Media to “Un-Publish” Fails ›