“Is the state free to collect the DNA of persons under suspicion of criminal activity by tricking them into giving up their DNA, keeping those samples indefinitely and using them as they see fit, without any prior authorization and without supervision of any kind?” This was the question Justice Vauclair of the Quebec Court of Appeal posed at the outset of his reasons for judgment in D’Amico c. R, released on January 22, 2019.

The judges did not reach consensus. They disagreed whether relinquishing control over a coffee cup at a café amounted to abandoning the DNA and the genetic information that was present on the cup. Justices Ruel and Thibault found that the collection of the appellant’s DNA and subsequent analysis of it to produce genetic information did not offend the protection in the Charter of Rights and Freedoms from unreasonable search and seizure. In their view D’Amico abandoned his DNA and the police were free to collect and use it. Justice Vauclair disagreed. Justice Vauclair concluded that there was something deeply troubling with the idea that the police could place someone under surveillance or even orchestrate a situation to collect DNA without any judicial or regulatory oversight and then keep that DNA indefinitely on the theory that it had been “abandoned”.

At the heart of the case is whether there can be any informational privacy in one’s DNA that one leaves behind in the ordinary course of daily activities. Although the court did not attack the question the issue this way, another way of looking at the problem is whether there is a distinction between the DNA as a substance and the information produced by a genetic analysis. If there is such a distinction, are there any circumstance where there is a residual reasonable expectation of privacy in the informational content of the DNA even if the DNA itself has been abandoned?

The police followed D’Amico for a couple of days in the hopes that he would “abandon” a DNA sample. When that failed, they invited D’Amico to a fake business meeting concerning his internet-related services company. During a second meeting, the police officer and D’Amico had coffee at a café. The police officer then cleared the cups and took D’Amico’s cup to the counter where it was then taken into custody by the another police officer. The police considered that D’Amico had “abandoned” his DNA on the cup. The DNA sample did not match the DNA collected at the murder scene but it was a possible match to DNA collected from sexual assault victims.

The local DNA data bank is different. The local DNA data bank is an administrative investigative response to the limitations of the National DNA Data Bank. It contains DNA from samples that police might obtain from suspects without their knowledge and without a warrant. This DNA would not be permitted to be submitted to the National DNA Data Bank. Furthermore, had a warrant been obtained for the DNA and it was not a match it would need to be destroyed. Not so for “abandoned” DNA. “Abandoned” DNA in the local DNA data bank is kept indefinitely, even if the individual from whom the DNA was collected is no longer suspected of the offence that resulted in the collection of the DNA.

As the head of the Quebec DNA data bank testified in court:

Q. Okay. So if a judge issues a DNA warrant and the suspect is excluded for the crime under investigation, the lab is required to destroy the sample and remove the records?

Q. But if the same judge refuses to issue the warrant and the police collect the discard sample, then that sample can stay in the lab and be compared for years to come?

Shedding DNA is not a voluntary act. We leave traces of DNA behind through our daily activities. It is not something we can prevent and still carry on the ordinary activities of daily life. This biological fact influenced the reasoning of Justice Vauclair. Vauclair distinguished between abandoning a cup and abandoning information left on the cup. Vauclair concluded that “[a]bandonment does not flow automatically from behaviour that may be interpreted as such when the subject matter generally bears a significant privacy interest.” As Vauclair stated:

One simply cannot infer, from the being of a person, one’s intention to abandon the privacy interest in one’s DNA information.

For Justice Vauclair, the Crown’s position meant that convicted offenders had greater privacy protections under the DNA Identification Act than mere suspects. If the concept of “abandonment” was not constrained, this meant that individuals could be placed under constant surveillance or even subjected to an orchestrated encounter for their DNA to be collected – all without any judicial or even regulatory oversight.

The problem for Justice Vauclair was precedent. In R. v. Stillman, the Supreme Court of Canada had held that if a person is not in custody and discards an item containing DNA, the police can ordinarily collect and test the time with out any concern about consent, since the individual will have been considered to have abandoned the time and ceased to have any reasonable expectation of privacy in it. But does this same principle apply where the abandonment is stage-managed by the police? Vauclair didn’t think so. He concluded:

Someone who is at liberty shares the same presumption of innocence as someone who is detained, but enjoys a full expectation of privacy. That person does not “implicitly” consent to a search or to the abandonment of his or her DNA. DNA samples do not come about through “happenstance” because someone is continuously under police surveillance. There are no fundamental differences between constant surveillance of a detainee and constant surveillance of a citizen at liberty. Only the setting is different, the control exercised by the police is the same. In this context, I respectfully fail to see any difference.

The indefinite retention aggravated the situation. The evidence before the court was that the DNA samples of approximately 500 people were being retained in the local DNA data bank without the knowledge or consent of the individuals and without judicial or regulatory oversight. Justice Thibault concluded that the police “using a non-intrusive scheme, simply gave the appellant the opportunity to leave saliva samples on a cup in a public place.”

Justices Ruel and Thibault disagreed with Justice Vauclair. In separate reasons, they concluded that D’Amico had no reasonable expectation of privacy in his genetic information left on the cup. Justice Ruel noted that DNA analysis is not unknown to the public. The analysis itself is not highly invasive in the sense of attempting to determine the medical, physical or mental characteristics of the person – it was only being used to match the DNA of one sample to another. In Justice Thibault’s view D’Amico “knew or should have known that leaving bodily substances in public could eventually allow law enforcement to collect and analyze his DNA for comparative purposes.”

Like Justice Ruel, Justice Thibault did not find a violation of D’Amico’s right to be free from unreasonable search and seizure. Justice Thibault warned that the position of Vauclair could prevent the police from collecting information in any circumstance. Justice Thibualt concluded that:

(a) the police technique used was objectively reasonable; (b) it was planned as part of a murder investigation in which the appellant was a suspect; (c) the meeting was held in a public place; (d) the appellant voluntarily drank coffee; (e) he did not object when the undercover officer cleared the table; (f) he continued working on his computer, without worrying about what would happen to his cup.

Absent an appeal to the Supreme Court of Canada, it is likely that we will continue to see this type of data collection from suspects and its indefinite storage and use by police even where the individual is eliminated as a suspect in the specific investigation that resulted in the data collection. There is no question that police services require the ability to conduct investigations and this will include genetic information from DNA. The question, one might ponder, is whether there is an imbalance between the strictures relating to the National DNA Data Bank and the practices and protections afforded to mere suspects? Are some rules, transparency and oversight required?

Like Loading...
‹ A “technical” violation counts under Illinois biometric law
Steering facial recognition regulation away from the product › 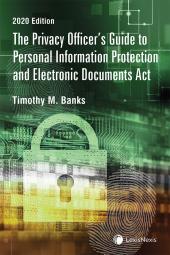